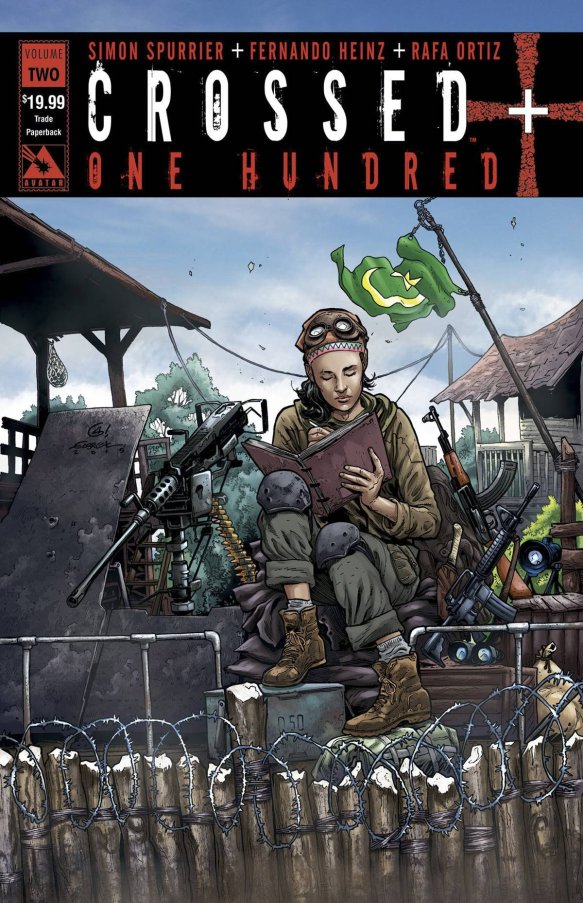 If you are contemplating volume two then you obviously weren’t driven away by the polarising first instalment. Alan Moore was brave and bold, and not to everyone’s taste, as per usual. But he made the Crossed scary again which is something no writer has been able to do since the original. Although Spurrier is the most successful and prolific Crossed writer there is no guarantee he would be able to duplicate Moore’s success. But thankfully he does.

There is a shaky handover as the futurespeak is tough to get a handle on. Too much would render it gibberish and too little would miss the whole point. The flaw is the inconsistency. Sometimes a word will be hyphenated and sometimes it won’t, which for the same speaker is obviously an editing error. There are staple words and phrases which you are able to pick up on and settle into a rhythm of comprehension but some words are just thrown in without any need or logic. This is a language that has supposed to have evolved and not been created.

The stars of the show are, for once, the Crossed. It seems Spurrier remembered they aren’t just mindless hedonists but wily and driven humans. They are capable of using tools, cunning and tactics in order to get their way. And it appears that after a hundred years of natural selection the smart ones have survived and begun thinking long term. Which seems an entirely realistic prospect.

There isn’t the mind-numbing terror of the first book’s ending but there is a good strong story here that builds and leaves you in no doubt that this series is every bit as good as Wish You Were Here.